The Meier Family has cultivated grapes in the canton of Neuchâtel for four generations. Everything began with Paul Meier, who, in 1924, acquired one hectare of vineyard for the love of good wine.

For several years, he harvests the grapes and delivers them to the Meier-Charles Winery at La Coudre, later bought by Châtenay in the 1980s. Eric, Paul’s son, continues to develop the Domaine by planting two hectares in Bôle at the beginning of the 1980s. The entire harvest is sold to the Cave des Coteaux where Eric holds the presidency. 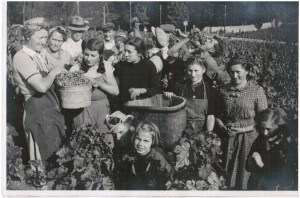 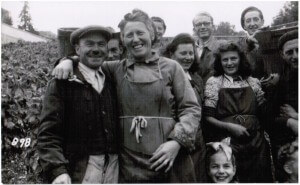 In 1990, his son, Denis, Agronomic Engineer EPFZ, takes over the family firm and develops the Domaine further by planting 4 hectares himself at the Plan Jacot (Bevaix).

For 12 years, the Domaine remains the same size, for at the time, the core activity of the family firm is a garden center and apple production.

In 2002, Denis Meier is met with the opportunity to purchase the Domaine du Château de Vaumarcus, a sublime vineyard of 13 hectares with a magnificent view of the lake. 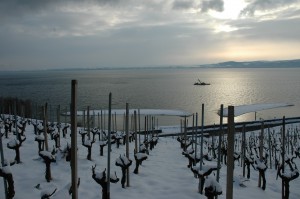 Following in his father’s footsteps, he continues to produce and sell grapes to the Cave Châtenay Bouvier, but with the ambition to, one day, create his own wine.

Having understood early that one can only create good wine with excellent-quality grapes, Denis began replanting his Domaine with extremely qualitative and low-yielding Pinot Noir vines. 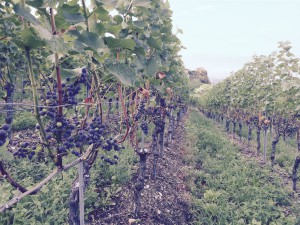 In 2010, with the precious help of a few close friends, a first “100% Meier” Pinot Noir from Vaumarcus is born. The production is limited to 600 non-commercialised bottles.

2014 marks a further development for the family Domaine with the production of a new test, as in 2010, but this time commercialised in 2016.

In the course of 2015, Morgan Meier, HEC Lausanne Economist and Oenologist, son of Denis, joins the family firm. Father and son create, together, a small winery located in a farm at Cortaillod with the ability to handle the 5 hectares of very fine Pinot Noir planted over the course of the past 10 years.